Welcome to our society

Are you interested in any form of Model Engineering?
Do you have an interest in 'live' steam locomotives?
Do you want to be part of a friendly Society - and a Team?
Or do you just want to find out more about us?

The society has a rich programme of inspirational speakers who visit to give talks about engineering, machining, and historical subjects in an educational and entertaining way.

We have a friendly and welcoming society, and the members are invariably happy to chat, talk about each others projects, and to help each other learn, improve, and solve problems.

The society shows regular interesting and informative videos with the general theme of model-engineering and industrial history.

What is model engineering?

Model engineering is the pursuit of constructing proportionally-scaled working representations of full-sized machines in miniature. It is a branch of metalworking with a strong emphasis on artisanry, as opposed to mass production. While now mainly a hobby, in the past it also had commercial and industrial purpose. The term 'model engineering' was in use by 1888. In the United States, the term 'home shop machinist' is often used instead, although arguably the scope of this term is broader.

The 'classic' areas of model engineering interest are live steam models (typically steam locomotives, stationary engines and traction engines),internal combustion engines,and clock making. Other popular subjects are Stirling engines, workshop equipment, miniature machine tools and ornamental turning. These constitute stable genres which are often reflected in competition categories at model engineering exhibitions. In the past, amateur electrical experimentation (the precursor to hobby electronics) and ship modelling were considered as part of model engineering, but these are no longer regarded as core genres.

Model engineers typically make models by machining working parts from stock metal and metal castings. Some models are intended as utilitarian working models, others as highly meticulous display models, or sometimes a combination of both. The most elaborate models involve hand manufacture of thousands of parts, taking thousands of hours to complete, often over a number of years or even decades. The model engineer is often guided by commercially available drawings, however some draw their own designs, or even work without drawings. Similarly, most model engineers will buy castings when required, but some buy or make foundry equipment to cast metal themselves.

Increasingly, 'modern' technologies such as Computer aided design, cnc (computer numerical control) equipment, laser cutting, 3D printing and embedded systems are becoming part of the hobby as more and more of its practitioners have developed skills and familiarity with these techniques through their work, whilst younger people familiar with newer processes discover the potential of traditional machining, narrowing the gap between 'model engineering' and 'maker culture'.

The Salisbury and District Model Engineering Society was formed in 1932, and we welcome prospective new members from Salisbury and the surrounding area.

Our members have a diverse range of interests spanning all aspects of model engineering, including boats, model cars, trams, live steam railways, scientific instruments such as sundials and telescopes, steam and internal combustion engines, precision tooling and engineering equipment, and general model construction.

The Society meets regularly on the third Wednesday of the month at 7.30pm at Porton Memorial Hall.

Our yearly programme always includes talks by members and guest speakers, as well as demonstrations. We visit model engineering and trade shows throughout the year, and the Society has a table at several of these. Some members enter their models into show and national competitions, and have won a variety of medals and awards. 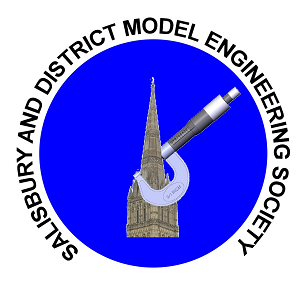 Bringing the model-engineering community together.